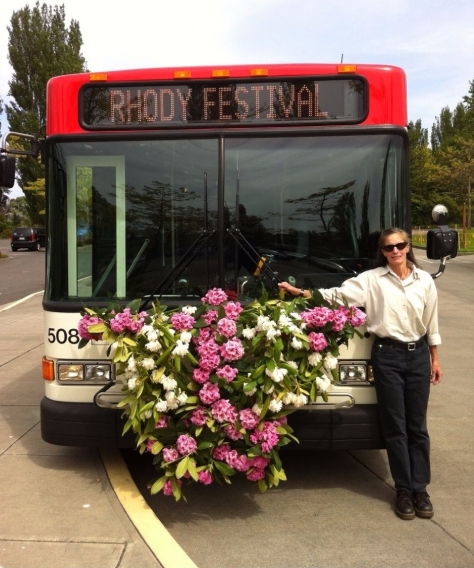 The Heart & Soul of Jefferson Transit

Those of us who call Jefferson County, Washington home are truly blessed to be surrounded by such awe-inspiring beauty. But even more awesome are the giving, caring souls who share our little piece of paradise. One of the most caring and giving of these was Alice Loraine Lane.

Through rain, snow or sunshine, Alice drove her Jefferson Transit bus to and fro along local highways, safely delivering countless thousands to their many destinations. But Alice was not just a bus driver. Alice Lane was a friend, a counselor and a big sister whose love and compassion for all things living became legendary.

Alice began driving for Jefferson Transit on March 1, 1996 and throughout the next 21 years there were so many acts of genuine caring from this unique person that it would take a book to relate them all. I’ll recall just a few.

Several years ago two Tlingit natives, visiting from Alaska, missed the last Saturday bus to Poulsbo and were stranded in Port Townsend until Monday morning. At the end of her 12 hour shift, Alice came back in her own car and drove them to the Bainbridge ferry dock—some 2 ½ hours away. They offered her money; she settled for a native blessing. When a long-time bus rider died one cold night, homeless and alone in the weeds of Kah Tai Lagoon park, a grieving Alice Lane bought flowers and said a silent farewell as she placed them on the ground where he made his final bed. When no one claimed his body, Alice paid for the burial. And then there was the elderly, feeble bus passenger who had outlived most of her family and friends. Often, Alice would go over on her day off to help out with laundry or just visit.

On August 16, 2017 gentle, caring Alice passed from this mortal life. Some tell me it was her time to leave. I don’t know. Perhaps the answer may be found in the words of poet/songwriter Don McLean, in his tribute to Vincent Van Gogh: “This world was never meant for one as beautiful as you.”

(The photo of Alice Lane was taken during the annual Rhody Festival in Port Townsend in 2016 by fellow JT driver and friend, Lloyd Eisenman.)

Dorothy Frost, born on May 17, 1933, was hired by Jeff Hamm, general manager of Jefferson Transit, on April 4, 1983 as a driver. For the next 16 years Dorothy did what she loved best: driving a bus and talking with her passengers. She made that clear when she was interviewed for a history of Jefferson Transit on November 29, 2013:

“I drove for Jefferson Transit for over 16 years, starting in 1983, when our ‘depot’ was on Monroe in the old brewery. At that time we checked our own oil, pumped fuel at several places along our routes, drove to Sequim and Brinnon, and in spite of our rather ‘primitive’ procedures, my feelings were (and still are) that Jefferson Transit is the best little transit in Small Town, USA. I’m now retired and it’s 2013. I miss the camaraderie with the drivers, the relationships built between my riders and me, the glorious sunrises on the morning runs, the activity on the Hood Canal Bridge when traffic was stopped for high-masted sail boats and submarines to pass through. (When JT made a pact with Kitsap Transit, we incorporated two-a-day trips to Poulsbo). I loved that route and had it for 6-7 years. It would take a book to relate what I experienced and yes, loved about this job.”

Dorothy Frost died on Oct. 24, 2017 at her home in Port Townsend, Washington at age 84 after a long battle with cancer.