A SPECIAL TRIBUTE FROM DARRELL:

LAWRENCE LEE ANTHONY was born on 21 March 1931 in Beaver, Oklahoma, the second eldest of ten children born to the late Harold and Dora Herren Anthony. Lawrence died at 4 p.m. on Friday, 12 February 2021 at the Roo Lan Healthcare Center in Lacey, Washington, a little over five weeks short of his 90th birthday.

At age 20 Lawrence enlisted in the United States Army and served from November 1951 to November 1954. His first assignment was in Alaska and from there he was sent to Korea, where he was wounded in action. Besides his Purple Heart, his military honors included most distinguished service in “B” Company, 701st Armed Infantry Battalion; a Combat Infantry Badge; Korean Service Medal; National Defense Service Medal and U.N. Service Medal.  Upon his discharge, he had attained the rank of corporal. On rare occasions Lawrence would tell me about his war experiences, one of which I feel appropriate to relate here since it involved circumstances that Lawrence attributed to divine intervention: One afternoon while sitting on the running board of a truck and eating his K-rations, he heard a voice call out “Anthony, come over here!” Used to taking orders, he automatically rose and walked in the direction he had heard the voice. A minute or so later, a shell hit the truck where he had been sitting and completely destroyed it. Lawrence was unable to discover who or what had called his name that day, but whoever or whatever the source, he was convinced that the voice had saved his life!

Now despite Lawrence’s pride in serving his country, he refused to wear a Korean War Veteran hat. He would argue that wearing a veteran hat was “just showing off!” Nevertheless, about 20 years ago we happened to be near Fort Lewis, which is outside of Tacoma, Washington, when I noticed a military surplus store. I asked him to stop and while there I bought him a Korean War Veteran hat along with a small Purple Heart pin. It took some doing, but I finally convinced him to put on the hat and give it a try. From there we headed back to Olympia to have lunch at a J. J. North’s Grand Buffet, which was his favorite restaurant. During our meal, a middle-aged couple noticed the hat and stopped by the table. They profusely thanked Lawrence for his service to our country and asked to shake his hand. That’s all it took! From that time on Lawrence was never without a Korean War Veteran hat on his head—in fact, he only took it off when he went to bed at night! (Over the coming years, countless people noticed his hat and stopped to thank him for his service. He was exceptionally pleased when young active duty soldiers would stop to thank him!)

During the 1960s into the 1970s, Lawrence worked in the transportation department of Ambassador College in both its Pasadena, California, and Big Sandy, Texas, campuses. This included his flying the college’s small plane in Big Sandy, and driving over-the-road trucks and charter buses. It was through my employment at Ambassador College in Pasadena that I came to know Lawrence and it was my privilege to call him a close personal friend for the next 45 years. (Actually, he was more than that: Lawrence was family to me!)

Lawrence Lee Anthony was one of the most generous, giving human beings I’ve ever known and was a man of charm and wit whose greatest enjoyment in life was making people smile! I shall miss him a lot!

(To view Lawrence’s on-line obituary, click on the below link.) 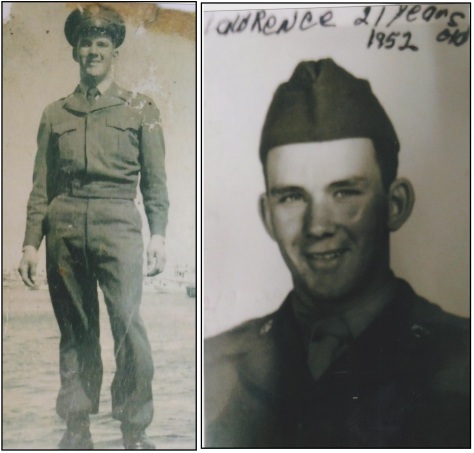 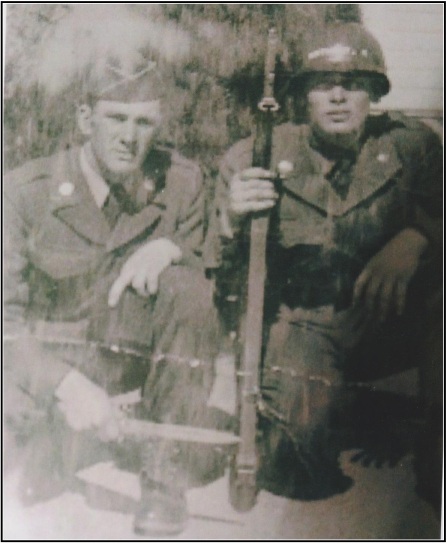 Above, top left, Lawrence ca. 2012. Next are two photos of Lawrence during the Korean War. Middle photo, Lawrence (on the left) with his brother, Calvin Anthony, who also served in Korea. Bottom photo, Lawrence as a young man. (Photos courtesy of Lawrence’s sister, Lois Anthony of Olympia, Washington.)

Return to the Top of the Page